The institutional barrier comprising governance, the quality of public systems, and economic policies has become the most serious impediment to agriculture growth.

THERE IS a widespread perception that unbearable burden of debt and increased competition from imports are symptomatic of a crisis in Indian agriculture. Both these phenomena are real: inability to bear debt has led to farmers’ suicides on an unprecedented scale. However suicides are concentrated mostly in low rainfall, poorly irrigated regions and among a rather small fraction of the population. Import liberalisation has had a strong dampening effect on the prices of several crops, especially plantation crops. This has caused considerable distress in regions where they are prominent in the farm economy. Without minimising the importance of these aspects, they cannot be interpreted as indicative of, or causing, a widespread systemic crisis.

Nor should the suicides be interpreted to mean that the Indian peasantry, in general and everywhere, is suffering from an unbearable burden of debt. In 2002, less than 30 per cent of rural households in the country had outstanding debt and this constituted barely 2-3 per cent of the total value of assets held by them. The incidence of indebtedness in the States where suicides are high (Maharashtra and Andhra Pradesh) or have been affected by import liberalisation (Kerala) though higher than average is still no more than a fifth. Dependence on high-cost, non-institutional sources is everywhere declining progressively. Much, of course, remains to be done to extend the reach and improve functioning of the institutional credit system, especially cooperatives. The state has also the duty to give relief to surviving members of suicide-affected families. But there is no warrant for the clamour for generalised debt relief by way of postponement of recoveries or waivers of interest, and even principal. The burden of debt is neither crushing nor of crisis-making proportions.

Nevertheless, there are two reasons to be concerned that Indian agriculture may indeed be facing a wider, deeper crisis: (1) The long term growth trend in production and productivity of agriculture, considerably less than required to sustain the projected high overall growth rates in the coming decade, may actually be slowing down; and (2) the growing economic and social disparities between agriculture and the rest of the economy and between rural and urban sectors.

During the last five decades, agricultural production has increased at an average annual rate of 2.5-3 per cent. Rigorous statistical testing does not provide strong corroboration of any sustained deceleration over this period taken as a whole. But there are some indications that the growth rates during the 1980s and the 1990s are lower than in the earlier decades, with that since 1991 being somewhat lower than in the 1980s. However, cause for concern is the marked slowing down of growth in States that are highly irrigated, have shown the greatest dynamism in adopting new technology, and have been a significant factor in sustaining the national growth rate.

Another concern is widening economic disparities between agricultural and non-agricultural sectors and between rural and urban areas. In the early 1950s, GDP per worker in non-agricultural sectors was twice that in agriculture; currently the ratio is over 4:1. Rural-urban disparities in terms of per capita consumption expenditure, though much narrower, have also increased. Based on National Sample Survey estimates, the ratio of urban to rural per capita consumption expenditure has risen progressively from about 1.28:1 in the mid-1970s to 1.47:1 by 1999-00. There is reason to believe the NSS underestimates the extent of rural-urban inequality in consumption as also the extent of its deterioration.

Rural-urban disparities in basic social amenities have also increased in quality though not in quantity. All these have led to resentment among the rural population that the benefits of development have gone to the urban areas. That the response is to offer assorted, but ill-thought-out, sops without addressing the deeper more basic issues of agricultural growth, rural employment, and governance is the basis for a sense of crisis.

An influential segment of opinion in and outside the government believes the solution is to accelerate the pace of GDP growth. The Planning Commission’s approach to the 11th Plan is firmly rooted in this belief. It postulates a target growth rate of 8-9 per cent per annum for overall GDP. This is considered feasible, indeed could even be surpassed, provided the process of privatisation, globalisation, and better fiscal management is accelerated. The sustainability of the projected overall growth rate depends on accelerating the growth of agriculture to 4 per cent per annum. Neither privatisation nor globalisation can work this miracle.

The slowing down of agricultural growth is widely attributed to the slowing down of investment, especially public investment. The Planning Commission seems to share this perception and sees increased investments in irrigation and watershed development as the means to achieve the projected growth. But what is relevant is not the magnitude of investment but its contribution to increasing production capacity. For a variety of reasons peculiar to agriculture, production capacity has not increased in proportion to the quantum of investment.

Thus outlay on surface irrigation, which accounts for the bulk of public investment in agriculture, is concentrated on projects that have taken an unconscionably long time to complete. Costs have risen and outlays have not resulted in any significant additions to irrigated area. The efficacy of public investments in soil and water conservation is in serious doubt. They are marked by huge waste and corruption; and there are hardly any mechanisms at the local level to manage the works and ensure the potential for expansion is properly exploited. They have had hardly any impact on raising product potential or productivity of rainfed lands.

Private investment has been concentrated on groundwater exploitation deepening wells and installing more powerful pumps and mechanisation. In the context of falling water tables a sure sign of overexploitation of groundwater these investments do not increase the volume of groundwater available for irrigation and therefore production capacity. The impact of mechanisation is primarily to replace human and animal labour with tractors, harvesters, and threshers. Their contribution to increasing productive capacity is, if at all, of a very secondary importance.

It is, therefore, important to focus on deeper, more basic, reasons for the slowdown of agricultural growth. For this it is useful to distinguish between three broad phases of agricultural growth in the post-Independence period. During the first phase, lasting from the early 1950s through the mid-1960s, the major part of growth came from expansion of area. Expansion of surface irrigation and fertilizer use brought about modest yield improvement. During the second phase, from the mid-1960s through the 1980s, the scope for extending area was more or less exhausted. But this was more than compensated by an unprecedented increase in the rate of yield improvement due to massive investment in irrigation and the advent of new seed-fertilizer technology. The pace of expansion in surface irrigation slowed down during the latter part of the period despite continuing large-scale investments. The flow of technology improvements was fitful. Progress was particularly disappointing in rain-fed agriculture.

This was also a period marked by imprudence in the use of land, water, fertilizers, and other key inputs due to failures of governance, poor management of public systems catering to agriculture and pricing, and subsidy policies inimical to the prudent use of resources and effective exploitation of the potential of available technology. With the scope for expanding area being exhausted and the scope for further expansion of irrigation getting diminished, the institutional barrier comprising governance, the quality of public systems, and economic policies has become the most serious impediment to agricultural growth.

Overcoming this barrier calls for a major reorientation on the following lines:

1) Shifting public investment towards modernisation of surface irrigation works (to facilitate higher yield per unit of water used) and for watershed development.

4) Enforcing better preventive and punitive measures to contain gross violations of rules governing access to and use of resources.

5) Conducting a critical review of the research system in public institutions to make it more effective. 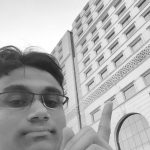