India’s gross domestic product during fiscal year 2021-22 is estimated at 8.7 per cent as compared to a contraction of 6.6 per cent in the year 2020-21, official data showed on Tuesday.

Here’s what some of the observers have to say on the GDP figures:

Global spillovers of supply shortages, crude oil shock and higher input costs thwarted India’s growth momentum in 4Q FY22. The impact of these factors was widely witnessed in high frequency mining, manufacturing, and construction indicators. So far in FY23, recovery in India’s domestic macros have been resilient to risks arising from global developments.

However, supply side challenges and inflation spikes, which could dampen consumption and investments in the economy, poses near term risk to India’s economic growth.

The heatwave in Q1FY23 may prove to be a dampener but a normal monsoon will be positive that may help improve agriculture output. We believe most disruption is behind us, Covid and geo-political-related tensions have subsided.

That said, a spike in crude oil prices and raw materials is the most significant risk to growth going forward.

The Q4 FY22 at 4.1 per cent and FY22 GDP growth at 8.7 per cent came marginally lower than our expectations. Moreover, the growth comes against the negative base of the pandemic year. Yet, there are several positive indicators as well. The rebound in capexA in FY22 is the biggest positive.

Even private consumption shows signs of improvement. But for large trade deficit and subdued increase in government consumption, GDP growth could be in double digits in FY22 and close to 8% in Q4 FY22. Despite the ongoing geopolitical uncertainties, supply disruptions, high commodity prices, inflation and monetary tightening, we expect India to continue to be the fastest growing major economy of the world in FY23 as well with 7.5 per cent growth.

With 8 core sectors registering (8.4 per cent) a good economic performance indicator and construction growth (11.5 per cent) and realty growth (4.2 per cent) reflecting sustainable housing demand and impetus to infrastructure projects, the ‘Engine of Recovery’ has been private consumption (7.9 per cent). Private consumption and Investments both, reflect higher growth, in line with expectations.

Fiscal intervention by the government was the better alternative as compared to monetary tightening as the latter could be detrimental to GDP growth. Any hike in interest rates will negatively impact the growth pattern, and this needs to be prevented, to sustain and spur economic growth. Consumption growth needs to be incentivised. 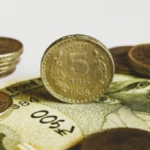 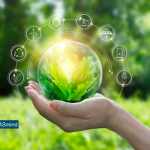