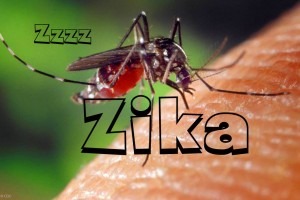 What is Zika Virus

​Public Health Emergency of International Concern (PHEIC) declared for Zika and clusters of micro cephaly and neurological disorders. Zika virus is a member of the Flaviviridae family and is transmitted to humans by mosquitoes. It is related to other pathogenic vector borne flaviviruses including dengue, West-Nile and Japanese encephalitis viruses but produces a comparatively mild disease in humans. In 2007, Zika virus caused an outbreak on the island of Yap in the Pacific. This was the first documented transmission outside of its traditional endemic areas in Africa and Asia, and Zika virus is considered an emerging infectious disease with the potential to spread to new areas where the Aedes mosquito vector is present. There is no evidence of transmission Zika virus in Europe to date and imported cases are rare.

“Easier said than done,” says Cameron Webb, a mosquito researcher at the University of Sydney. People need to cover up and spray all exposed skin with repellent such as DEET. But many people can’t afford repellents and those who can tend not to apply them properly, Webb says. “If there’s a chink in your armour, they’ll find it.”

Aedes aegypti mosquitoes live in urban areas, laying eggs in water pooled in places such as plant pot saucers and blocked gutters. The species also transmits yellow fever, and in the 1960s several South American countries – including Brazil – eliminated it by spraying with DDT and urging households to get rid of breeding sites.

As the mosquitoes that carry Zika also transmit the potentially deadly dengue fever, there are already high-tech eradication methods in the works. The most advanced involves making genetically modified mosquitoes whose offspring die as larvae. This requires regular releases of GM males to reduce the population. (Only females bite people.)

This approach would not wipe out mosquitoes but could make them less able to pass on Zika. The mosquito’s ability to transmit the dengue virus is cut if the insect is also infected with a bacterium called Wolbachia.

If we could work out a way to genetically alter mosquitoes so they are resistant to carrying Zika, we could spread that resistance. In a method known as a gene drive, the insects are given DNA that is passed on to all of their offspring, not just half, as with conventional reproduction.

Some countries are advising women to postpone pregnancy. That is more practical for some than others due to the varying influence of the Catholic Church’s ban on artificial contraception. In Brazil the edict is widely flouted, but elsewhere contraception is less available or affordable. In most of South and Central America abortion is legal only in very limited circumstances.